Rwanda, the Land of A Thousand Hills has been listed among the best destinations to visit in 2023 by popular magazine, CNN Travel. Each year, the publication comes up with a list of several destinations around the world to guide tourists and travellers to easily pick where they may want to go.

In this year’s edition, Rwanda is among the list of other 22 destinations that have been given a nod by the travel magazine and recommended to tourists. In their article entitled “Where to travel in 2023: The best destinations to visit,” CNN Travel mentioned some of Rwanda’s most appealing experiences that travellers should consider giving a shot. These include relaxing holiday activities at Lake Kivu in the west, gorilla trekking in Volcanoes national park, the home to the endangered mountain gorillas, game viewing in Akagera national park in the east, among others.

The article also pointed at the newly constructed Sextantio lodge project near Lake Kivu which features a collection of traditional huts. Guests at the lodge are offered an opportunity to enjoy some of the most amazing experiences at the lake including fishing, canoe riding, testing local banana beer and wildlife watching.

Why you should visit Rwanda in 2023

Since the mid 90s after the deadly genocide of 1994, Rwanda has taken significant strides in development  in almost all her sectors. However, the government has specifically invested heavily in her tourism sector and it is increasingly positioning herself as a high-end tourist destination. The country possess a few amazing attractions including rare wildlife experiences that cannot be found any other part of the world. 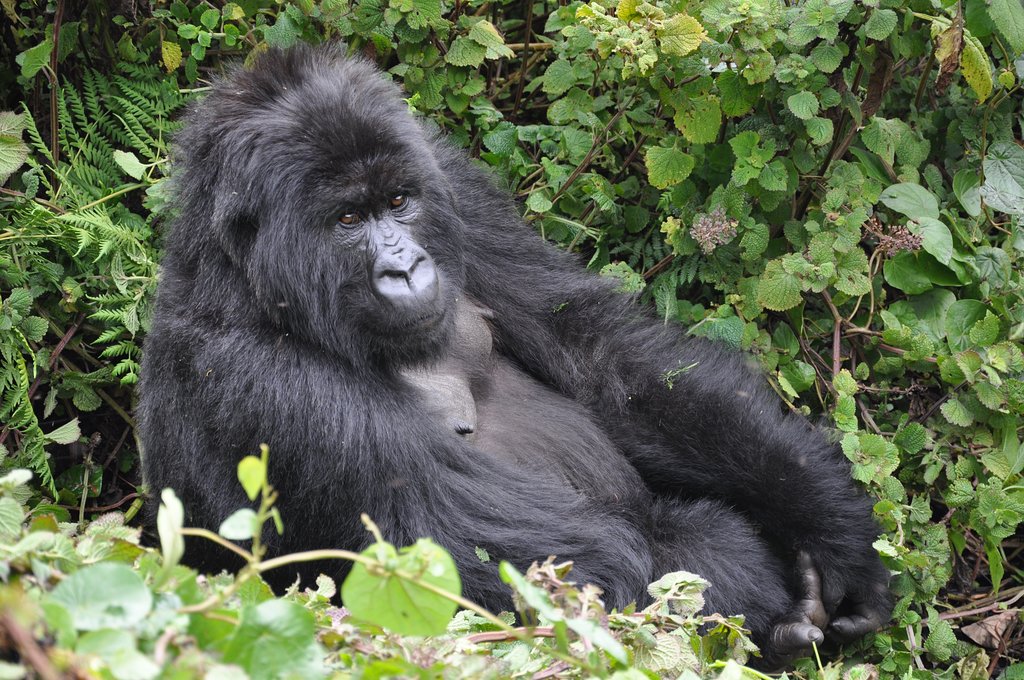 Rwanda is one of the only 3 countries in the world with the endangered mountain gorillas. The subspecies is found in Volcanoes national park in the northwest. The park is part of the greater Virunga conservation area, a chain of both active and dormant volcanoes with a variety of wildlife straddling the borders of Rwanda, DR Congo and Uganda.

There are about 350 mountain gorillas in Volcanoes national park of which some have been habituated into several groups that are visited by tourists everyday. Visitors are guided through the montane rainforests to meet the gorillas which share 98% of the human DNA. Upon finding gorillas in the jungle, visitors will spend one hour in their presence observing how the animals go about their daily business as they foliage, play, construct nests and rest. Many tourists who have visited gorillas have described trekking these great apes as one of the best wildlife experiences in the world.

Golden monkey tracking is another primate experience travellers can explore in Volcanoes national park. These beautiful and colourful monkeys live in the bamboo forests of the park where they are regularly visited by primate enthusiasts.

Rwanda maybe a small country but it is one the few countries in Africa where travellers are able to see the famous ‘Africa big five’ in one place. This is possible at Akagera national park in the east of the country, the only savannah park in Rwanda. The park protects lions, leopards, buffaloes, elephants and rhinos in addition to other small game species that are easily seen along its plains. In addition to game viewing, visitors to Akagera can enjoy a relaxing boat cruise on Lake Ihema which is located within the park along which they can also see a variety of aquatic species including hippos and waterbirds. 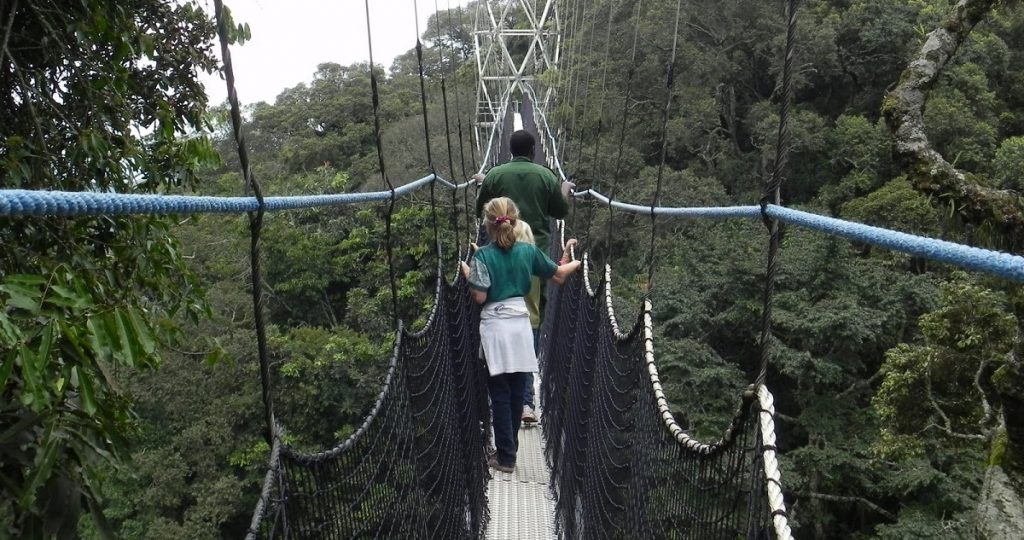 When it comes to enjoying primate experiences, Rwanda is arguably the best destination to visit. In addition to trekking the endangered mountain gorillas and golden monkeys in Volcanoes national park, another primate experience with the chimpanzee awaits. Nyungwe national park in the south of Rwanda is home to 13 primate species with chimpanzees dominating the forest. Visitors to Nyungwe also make it a point to explore the breathtaking canopy walk along the the 90m long and 5om high suspending bridge. Beautiful views of the top of the forest, surrounding rolling hills, birds and other wildlife species are the rewards to those who attempt the encounter. 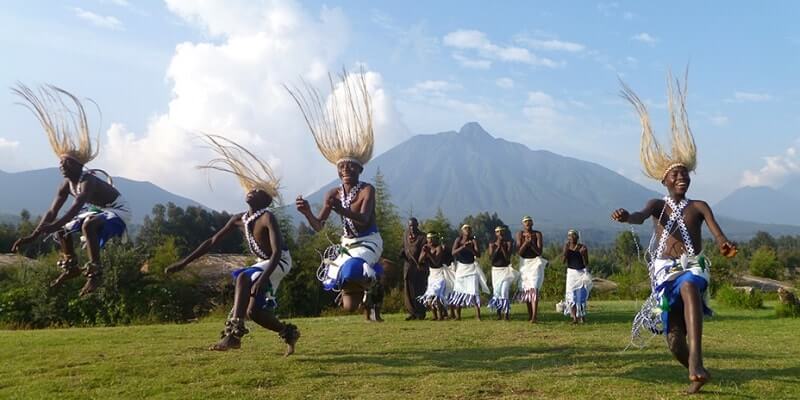 Rwanda is a country with a rich cultural heritage and it is exhibited to its visitors in several ways. Travellers can learn more about Rwanda’s culture and history by visiting several centres including genocide memorials around the country, King palaces, and cultural villages. Visitors are welcomed with amazing traditional performances of thrilling music with contagious dance and songs. They are then taken through some of the traditional activities like brewing beer, cooking, tea picking, hut construction, among others. Many travel agents also ensure that visitors to Rwanda are also taken through the famous Kigali city tour through which they visit some of the main and attractive spots of the city. These include the Gisozi genocide memorial, city markets, the museum, Nyamirambo Women Centre, Kigali conference centre, art and craft shops, among others.