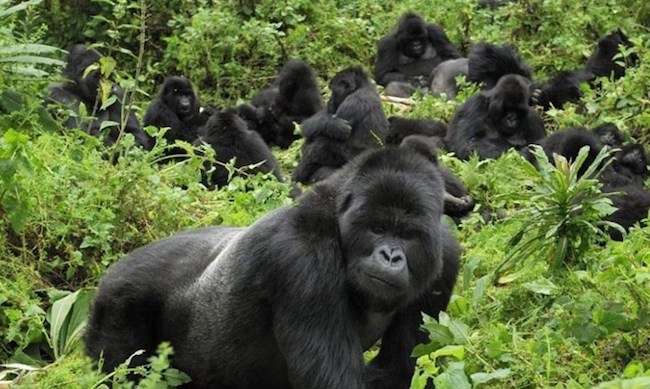 A part from mountain gorillas which are endangered, all the other 3 subspecies of gorillas (Eastern lowland gorilla, Western lowland gorilla and Cross River gorilla) are still critically endangered according to the International Union for Conservation of Nature (IUCN). These great apes face a variety of life-threatening challenges including poaching, harm from snares, human encroachment on their habitats, and habitat loss to human activities that lead to forest destruction.

Several conservation groups including government wildlife agencies and non-government organizations like the Dian Fossey Fund in Rwanda and DR Congo have made great efforts to protect gorillas though they have not entirely eliminated these challenges. Although these are the leading players in the struggle to protect these critically endangered species, research has shown that everyone can do something in whatever corner of the world they may be to support this cause.

Here are several ways through which everyone can help save gorillas

One of the best ways people around the world can promote conservation is by voting for officials who support environmentally friendly policies in their respective governments. The best politicians to help promote conservation are those that support policies like clean water and air, clean energy sources, reducing carbon emissions, maintaining national parks, and funding critical conservation initiatives. The Multi-National Species Fund in the United States, which provides critical dollars to protect some of the world’s incredible species like gorillas, tigers, elephants and rhinos is one of the good conservation projects that voters can persuade their representatives to fund.

Some of the metals used in the manufacturing of cell phones and other electronics are mined from a gorilla habitat in Democratic Republic of Congo. You can help protect gorillas and their habitat by recycling your cell phones and other electronics, this helps to reduce the demand for these metals and hence control the hunting that occurs as a result of mining camps in the forests.

One of the major threats to gorilla habitat is deforestation for wood and agricultural projects like growing palm trees for palm oil. These have had a devastating effect on forests especially in Africa and Asia hence distorting wildlife too. In order to promote conservation, we should endeavor to use products that don’t use palm oil or those that use the one from sustainable sources as well as using products made from sustainable wood. This will help to protect the forests for wildlife species to thrive in their natural habitat.

After learning and understanding the conservation needs of gorillas and other wildlife species, it is very important to make others aware of this as well. The success of our natural environment and the endangered species that live in it greatly depends on the care and attention we give to them. One of the most important messages you can pass on to others is to inform them that wild animals do not make suitable pets this can help to protect both animals and people whom they may harm and also reduce on the worldwide exotic export trade.

After reading about such information that talks about protecting gorillas and other wildlife species, it is also very important to go on and share it on social media so that everyone in your social network gets to know. This piece of information can help awaken those who didn’t know the importance of wildlife conservation and also persuade some to practically support this noble cause.

Going for a gorilla safari

With this one, you hit two birds with one stone! In addition to enjoying your breathtaking gorilla trekking encounter, the contribution you make while buying a gorilla permit helps to protect the animals indirectly. Tourism authorities in Uganda and Rwanda use the proceeds from gorilla permits to support the communities that live around gorilla habitats. The beneficiaries of this support include the former poachers who have reformed who are trained to do other activities including working as porters to help tourists to see mountain gorillas. sensitization is also undertaken in such communities in order to discourage those who would be a threat to gorillas through poaching and forest destruction as well as many other environmentally friendly projects.