Mountain gorilla conservation is a key concept in protecting both the gorillas and other species that live within their habitats. The surrounding local communities are now also benefiting directly from the initiative through employment and more. It is through gorilla conservation that amazing tourist experiences like gorilla trekking and gorilla habituation have been made possible.

Mountain gorillas live in two groups; one in the Virunga Mountains which straddle the borders between Democratic Republic of Congo (DRC), Rwanda and Uganda and the other in Bwindi Impenetrable National Park in southwest Uganda. Mountain gorilla parks in the Virunga Mountains include Virunga National Park in DRC, Volcanoes National Park in Rwanda and Mgahinga Gorilla National Park in Uganda. Mountain gorillas were at the brink of extinction a few decades ago, with only about 250 existing in the wild in the early 1970s. Several conservationists had predicted that they would be no more by the turn of the millennium. However, their population has surprisingly quadrupled to more than 1,000 living in the wild today. This has not not happened miraculously but it has been as a result of intensified conservation efforts by both governments and several conservation organisations. 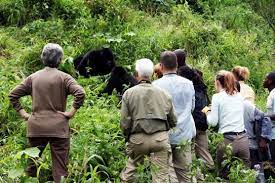 This surge in mountain gorilla population encouraged the International Union for Conservation of Nature (IUCN) to declare the subspecies as no longer critically endangered but recategorised them as endangered.

Efforts have been undertaken to ensure that gorillas are protected, enlarge their habitat and eliminate all their threats including poaching, and habitat destruction. Indeed even the gorillas have positively responded to these efforts by multiplying their numbers. There has been a surprising baby boom in the past few years with about 13 infants born in the past 3 years in the gorilla habitats altogether.

How gorilla conservation helps to protect other species 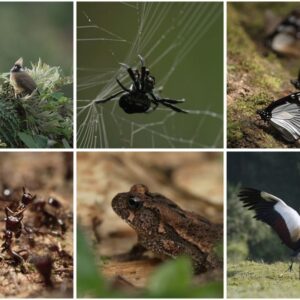 Other species which live in the same habitats with gorillas have directly benefited from their conservation because in order to effectively protect gorillas, you need to protect the entire forest ecosystem. For instance, Bwindi Impenetrable National Park is one of the most biodiverse places on earth with thousands of other species being protected alongside gorillas. The deployment of rangers to patrol the forests regularly and to remove snares laid by poachers to trap animals has significantly saved hundreds of animal lives. In general, the safe environment in the habitats has allowed these species to thrive and multiply in the wild. 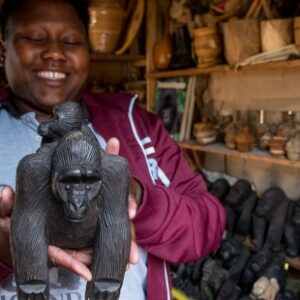 Several initiatives have been undertaken to ensure that local communities living near gorilla habitats benefit from gorilla tourism and also contribute to the protection of the species and their habitats. Transforming the surrounding communities from being a threat to the animals into being conservation stakeholders was one of the major factors in gorilla conservation. The poachers who used to kill animals and those who were encroaching on their habitats were all living in the surrounding communities.

Strict laws and regulations were enacted which approved tough punishments to poachers and forest encroachers which included life imprisonment and heavy fines. Through this, poachers were persuaded to abandon the vice and rather get employed by authorities to work in the park. This has significantly proved successful with many former poachers now earning a living through several jobs like park rangers, tour guides, porters while others are working in the communities around. The income earned helps to improve their standards of living, supporting their families, educating children, among others.

The authorities have also approved a policy whereby 20% of the revenue generated from gorilla tourism goes back to the local community. This has been instrumental in supporting local development projects like constructing schools, roads, wells, training and sensitising people for tourist activities. 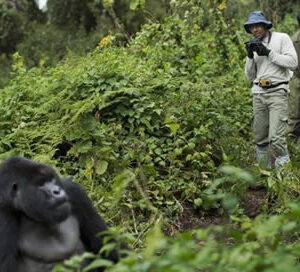 The success of gorilla conservation has made a way for the lucrative gorilla tourism. Gorilla trekking safaris are now taking place in all the four national parks that protect mountain gorillas. Gorilla trekking enables wildlife enthusiasts especially lovers of mountain gorillas to get close to these gentle giants in their natural habitat. Gorilla trekking has been described by several travellers as one of the best wildlife experiences in the world. Visitors are allowed to spend one hour in the presence of these massive primates while observing how they interact and go about their business in the wild. Gorillas share about 98% of the human DNA something which makes them more attractive and appealing to travellers to visit them. Gorilla tours are now the leading tourist safaris in Uganda, Rwanda and DR Congo with tens of thousand of travellers flying in in to trek the endangered mountain gorillas.

Gorilla safaris are not cheap but travellers are willing to undertake whatever it takes to encounter these appealing species in the wild. A gorilla permit which allows travellers to visit mountain gorillas is sold at $1,500 in Rwanda, $700 in Uganda and $450 in DR Congo. Gorilla tourism is an integral part of conservation with 50% of the revenue generated from gorilla safaris injected in promoting the conservation of these endangered species. Some of the projects include training rangers, enlarging the gorilla habitats, remunerating park staff, buying equipment, among others. 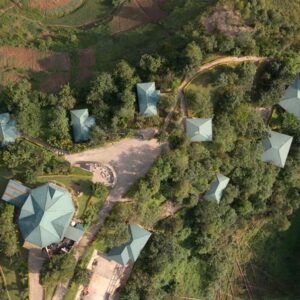 Gorilla tourism has also opened doors for more employment opportunities with a variety of lodges and hotels set up around gorilla trekking destinations in all the 3 countries.