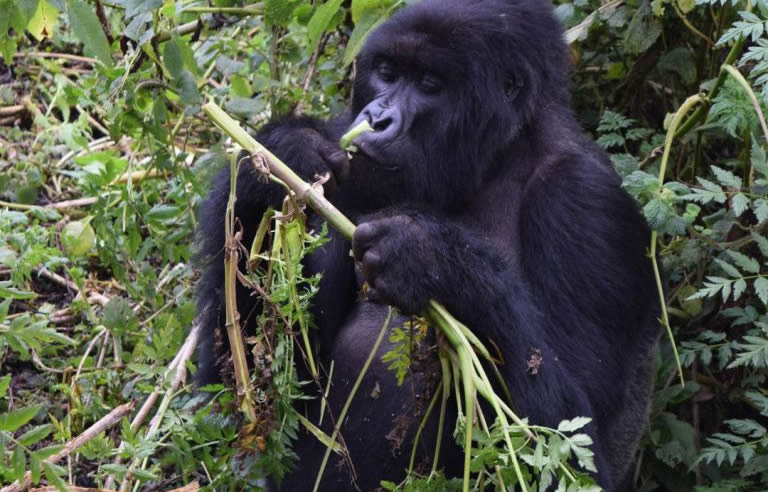 Scientifically named as gorilla beringei beringei, mountain gorillas have become a common feature for all Africa safaris attracting thousands of travelers from all parts of the world every day. While planning gorilla safaris to any gorilla destination in East and Central Africa, all travelers require an extensive understanding of the basic facts about gentle giants before confirming a safari. Mountain gorillas are a subspecies of the eastern gorilla species which derive their name “Mountain gorilla” from the mountainous regions they reside. Every day that passes, thousands of travelers from near and far corners of the world flock into gorilla national parks to have an interaction with these critically endangered species in their natural habitats. No one can clearly describe the excitement of standing a few meters away from the world’s renowned mountain gorillas those who have taken part before review gorilla trekking as the best wildlife experience in the world. below are the basic facts about mountain gorillas every traveler must understand before confirming any safari to Uganda, Rwanda and the Democratic Republic of Congo.

where do mountain gorillas live

They live in families

Just like human beings, mountain gorillas live in families and each gorilla belongs to a specific gorilla group, which has a different name. A gorilla group usually comprises of 29 members and each individual has a name for easy identification. Every year, Rwanda celebrates gorilla-naming ceremony “Kwita Izina” in which all baby gorillas are given names in their respective families. Before a gorilla family is declared free for trekking, it goes through a training/habituation process which lasts for 2-3 years. Presently, 29 gorilla families have been habituated 13 in Uganda, 10 in Rwanda and 6 in the Democratic Republic of Congo. An adult male gorilla “silverback” is the head of the family and determines the movements of the family as well as defending the family from external attacks. Adult females take care of the young ones and other motherly responsibilities. The silverback has a right to mate with all adult females in the whole family and always fights the growing black bucks discouraging them from accessing the females. Every day, each gorilla family is visited by a group of eight people for an hour except in gorilla habituation experience where travelers spend four hours with the mountain gorillas.

Mountain gorillas survive of vegetation as their daily food, which comprises of leaves, buds, shoots, fruits, bedstraw, celery, stinging nettles and flowers among others. The young gorilla babies survive of their mother’s breastfeeding milk rill the age of three after which they start feeding on vegetation just like the grown family members. Unlike other animal species, mountain gorillas do not drink water but only survive on the waters within the vegetation they eat.

They are shy,calm but wild

Mountain gorillas are one of the shyest creatures in the wild, which keep calm and peaceful when not disturbed. The habituated gorillas are free with people in that you can come closer to them and they do not harm you. However, a direct look into the eyes of the gorillas makes them uncomfortable and scared hence van charge at you in their defense. That’s why travelers are discouraged to keep a seven-meter distance from the gorillas and to avoid direct eye contact so as to keep the gorillas calm and at peace.

They are close relatives to people