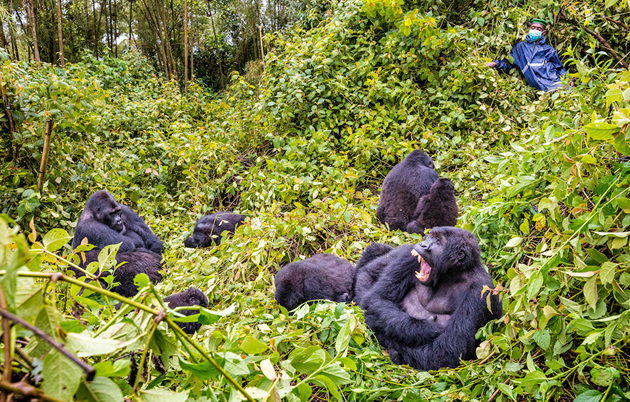 How much is a Congo gorilla permit

When to book a Congo gorilla safari

Like in other gorilla destinations, Congo gorilla permits require advance bookings to avoid disappointments at the last hour. Travelers are advised to book at least 6 months prior to the trekking date so as to timely secure gorilla permits, arrange transportations, secure hotel rooms and make other required preparations in time. Permits can be booked directly with the management of Virunga national park or alternatively book through any trusted tour agent selling related gorilla tour to Virunga national park.

Much as the government has done all it can to resolve insecurity in Congo, the country is still not very secure. Travelers are therefore reminded and advised to be extra careful and mind about their lives. Traveling in the late hours is tricky to your life, moving with large sums of money and exposing expensive gardens is discouraged. Traveler are therefore fully responsible for their lives in Congo. Mind about the people you talk to, the paces you visit and at what time. If you are going to see mountain gorillas, ensure to have appropriate packing list with rain jackets, hiking boots, hand gloves, sweaters, long pants and sunglasses among others. To ease local transactions, travelers are reminded to carry some Congo francs. Where possible, learn some local language for easy communication with local people.
In general, the reopening of Virunga national park for gorilla trekking and Nyiragongo volcano hiking is good news for travelers. A Congo gorilla safari to Virunga national park is a complete package that rewards you with a remarkable experience.