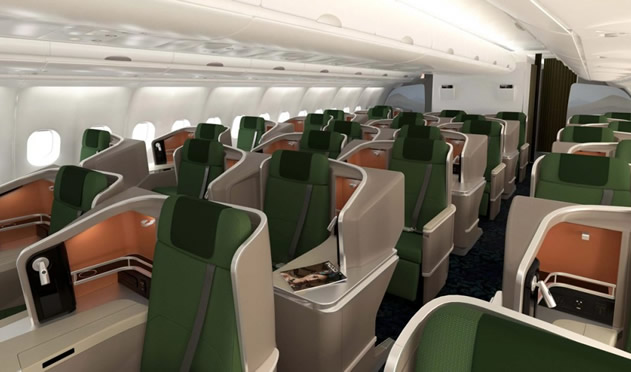 Rwandair To Launch Direct Flights To United States and China
Ease of transport and direct connections with outside world countries is one the key factors that have made Rwanda a distinct district travel destination. Rwanda air has done it again by creating direct flights to United States of America and China the main origins of most travelers to Africa. Rwanda’s national carrier RwandAir is planning to launch a direct service between Kigali and New York in the United States of America in June 2019 according to the Airline CEO Yvonne Manzi Makolo. The Airline plans to establish a new route of Kigali-New York, which is expected to bring more tourism to Rwanda. In addition to the New York route, RwandAir also plans to launch service between Kigali and Guangzhou in China early next year though this has delayed a bit since it was supposed to be launched this year in May according to the initial plan.
The launching of the two direct routes is expected to benefit both Rwanda and her visitors who have been coming mainly from US and China and most of these are tourists who come for Rwanda safaris to see mountain gorillas in Volcanoes National Park and other tourism activities. The routes are going to eliminate all the unnecessary delays and the tiresome stopovers for checking at different airports en route. It will also save travellers from the financial costs that they have been incurring during these stopovers through unexpected expenditures.

In addition to its already existing African destinations, the airline will also add more short and medium destinations to Addis Ababa, Djibouti, Bamako and Conakry. Today, with her young fleet of 12 aircraft, RwandAir flies to 25 destinations across Africa, Asia and Europe from its main base at Kigali International Airport.

It is not yet established whether the new routes are going to be nonstop flights given that for example there are over 7,000 miles between Kigali and New York and if it is true, it may be the reason why there were suggestions that RwandAir acquire an A350 to operate the route. There are questions whether their existing A330s have the range to operate that route on a nonstop basis.

It is highly expected these plans by RwandAir to start flights to New York and Guangzhou will facilitate trade and boost tourism, as China is the leading global outbound market with over 135 million global departures in 2016. Officials from the Rwanda Transport ministry state that there are currently a lot of business transactions going on between China and the continent and they believe the route to Guangzhou will help ease connectivity between Africa and China. There are hopes that the number of local traders doing business with China will go up because they will not have to worry about connecting flights and delays. The Rwanda business community also remains hopeful that the impending launch of the new routes will open immense opportunities for the country’s emerging economy.

The addition of New York and Guangzhou routes to RwandAir’s itinerary will follow last year’s inclusion of flights to Mumbai and the direct flights to London Gatwick International Airport, which was followed by services to Brussels in Belgium.