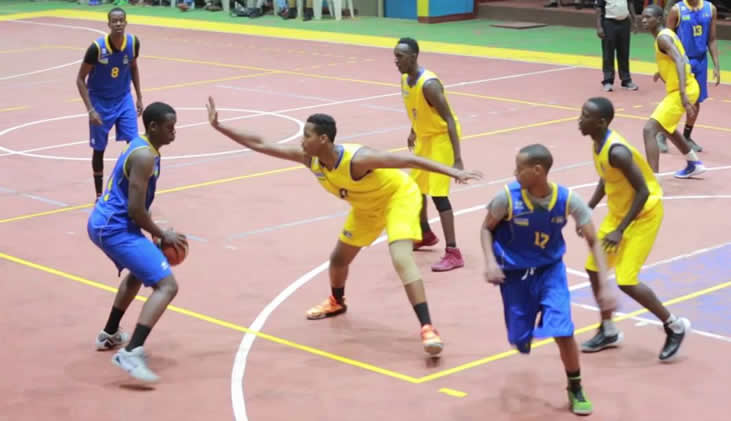 Rwanda Development Board has confirmed partnership with Rwanda basketball Federation in the 2019/20 BK Basketball National League champions in Men’s category. In this deal, Rwanda Development Board looks up to promote sports tourism in the land of a thousand hills diversifying tourism products in the country. RDB will then promote her “Visit Rwanda” brand that has seen Rwanda trend across the globe as the leading gorilla tour and wildlife safari destination in Africa. The champions League is scheduled for Sunday 24th October 2020 and this is the second time of playing after 7 months of covid19 lockdown. The new partnership comes few months after Rwanda Development board signed another partnership deal with Tour du Rwanda, which ranks as Rwanda’s biggest annual sports event.

The actual amount that Rwanda Development Board is willing to inject in the basketball league was however not disclosed. “The amount will be communicated soon. Figures are still being worked on. The teams have to establish the budget and everything, so the figures have not been reached yet but we have made that commitment”, said Ntambara the communication Analyst of Rwanda Development Board. Similarly, the Bank of Kigali pledged to offer Rwf5 million cheque in support of the 2019/20

Other Patners of Rwanda Development Board
Rwanda Development has also patterned with Arsenal, the English Premier League and French Giants Paris Saint Germain. The “Visit Rwanda” logo features on the sleeves of arsenal football players seen by revelers worldwide. RDB’s partnership with football teams has helped to market Rwanda tourism to the outside world. In the last 3 years, Rwanda Development Board has received a high number of travelers from different parts of the world.

Prize for the winners
Ferwaba has put Rwf 5 million to the winners while Bank of Kigali will give Rwf 2 million to the champions team. The beaten finalists will pocket Rwf1.5 million while the second runners will take home Rwf1 million. The fourth best performing team will each take Rwf800,000.

In conclusion, RDB’s support of basket is a great deal to market and promote tourism in Rwanda.